Palm Sunday – When the rubber hits the road 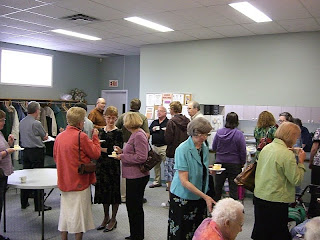 Mark 11:1-11 “As they approached Jerusalem, at Bethphage and Bethany, near the Mount of Olives, He sent two of His disciples, and said to them, “Go into the village opposite you, and immediately as you enter it, you will find a colt tied there, on which no one yet has ever sat; untie it and bring it here. If anyone says to you, ‘Why are you doing this?’ you say, ‘The Lord has need of it’; and immediately he will send it back here.”
They went away and found a colt tied at the door, outside in the street; and they untied it. Some of the bystanders were saying to them, “What are you doing, untying the colt?”
They spoke to them just as Jesus had told them, and they gave them permission. They brought the colt to Jesus and put their coats on it; and He sat on it. And many spread their coats in the road, and others spread leafy branches which they had cut from the fields.
Those who went in front and those who followed were shouting, “Hosanna! BLESSED IS HE WHO COMES IN THE NAME OF THE LORD; Blessed is the coming kingdom of our father David; Hosanna in the highest!”
Jesus entered Jerusalem and came into the temple; and after looking around at everything, He left for Bethany with the twelve, since it was already late.”

Word of mouth is what it takes to sell something these days, it seems. 2,000 years ago that was the only way not just to sell, but to get news. For 3 years Jesus had been walking around teaching and healing and proclaiming the Kingdom of God. He challenged the Pharisees at every turn. Each year He had come up to Jerusalem for the Passover and this year would be no different – or so the word on the street was. During those 3 years his popularity and following grew. Jesus was coming! Would this be the year He would call down the power of God like Elijah and vanquish the foes? Maybe He would part the enemies like the Red Sea was parted so long ago by Mose. People were saying He was the Messiah, that we would finally have peace and prosperity. He would re-establish the temple worship and no more would we be under the control of someone else.

So in He comes, riding on a colt, the crowds gather and shout, “Hosanna! Blessed be the name of the Lord.” There is noise, a celebration prompted by the entrance to Zion of the Messiah. It is hard to imagine the hubbub, until you remember back a few weeks to the Gold medal game of men’s hockey at the Olympics.  So there’s dust and noise and celebration, and a run on palm leaves as people throw them on the ground for Jesus’ animal to walk on. Flash forward a few days and you see the same hubbub and noise, except instead of celebration you hear the anger as the crowds cry, “Crucify Him! Crucify Him!”

Why the difference between Palm Sunday and Good Friday? How can you explain the shift in public opinion? For some of it you can blame the religious leaders manoeuvring and back room deals, for inciting blame and even violence;, but that doesn’t account for how much people changed their thinking. This is a valid question for today as we see church attendance on the decline, as we see the emergent church leaving traditional ways and messages and many of them following a modified Gospel message. The truth is, the message never changes from one culture to the next. You and I are loved by the Creator of the universe. He sent Jesus to die for our sins so that we may have relationship with Him as we respond to His gift of grace. So why do people stop following Jesus?

Some people are just in it for what they can get out of it. They jump on any bandwagon that looks successful. These people want their “fire insurance policy” of eternal life but don’t really care for the whole “deny yourself, take up your cross daily and follow Jesus” thing. That costs too much, and they are in it for what they can get, not what they can give. Consider Judas. He was probably called just like the others – he just wasn’t coming from a fishing background. Considering he became the group’s treasurer, he probably had experience in dealing with money. He had to leave what he was doing, maybe even a good job, but we also know he helped himself to funds belonging to the followers of Jesus. He was in it for what he could get out of it. When the opportunity came to cut loose of the organization and make a profit, he did. He grabbed his 30 pieces of silver and ran. In the end, he found that all that getting left him empty. He wasn’t happy, and his life ended up being forfeit.

Many in the crowd were like this. They wanted healing or a full stomach, and figured that Jesus was their meal ticket. They followed Jesus and His disciples as they travelled around the countryside.  People use the church like that today. They opt for easy way outs and look for religion to provide. They are more than happy to take, but giving is another matter. When the rubber hits the road, though, they would just as soon as join the crowd shouting, ”Crucify!” and then move on to the next church. The church is community. We are all in this together, as a body. It is about sharing what we have for the benefits of one another, and they do the same for us.

Some people are just in it for the hoopla, the excitement. They crave the adrenaline rush. They are not much different from the first group, but instead of looking for stuff, they are looking for emotion. They want something that makes them feel good. When you look at some of the mega churches out there with wonky theology, you ask yourself, “Why? Why do people go after that stuff?” The short answer is they want something that makes them feel good. They want a religion that says they can have “it” all, and there are no consequences. They want the short cut to health and wealth. They want to believe that they can have it all because they feel they have a right to it all. They get told that they deserve it, that God wants them to have it, and it becomes an emotional high. They get sucked in by the talk and the glitz and if that ever goes, so do they. These people who followed Jesus quickly left His band of followers when the rubber hit the road. They joined the next fashionable crowd, which was anti-Jesus.

Can you imagine going through life like that? Today people hop from church to church for the silliest reasons, rather than looking for the place where they get spiritual nourishment and a chance to participate in the body. The church and Jesus are about connecting to Truth, not just feelings. Truth is not always popular, but we are lost without it. A pastor just had gall bladder surgery this week. He had pain that came out of the blue. What would happen if he ignored it? If he didn’t feel like getting to the bottom of it because he was afraid of what it might be. Something like that is pretty hard to ignore, because your body reaches the limit of pain or endurance where you have to seek help. The truth is he was sick. He needed a doctor’s care. That little red light comes on your dash, saying something is wrong in your engine. What do you do? You tap it a couple times to see if it goes out. Maybe you turn your car off and on again to see if the light comes back on. You drive with it for a while and see if it stays on, and you feel great relief if it goes off. Then it comes back and you think, “Maybe I should do something.” Then it starts blinking… If that light starts blinking stop right away and get it looked at. While there is an outside chance that a sensor may be wonky, a blinking light means something is seriously wrong. How long can you go avoiding the truth? Don’t go for the hoopla and glitz – go for the Truth that will change your life.

Some people seek, but never commit. There are people who followed Jesus but never committed to what He stood for. They liked his ethics and morality, they liked his teaching, they even liked His worldview. When it came to making choices, though, they couldn’t side with Jesus. He was too radical, too much on the edge that He rocked the boat. They wanted truth, but not the hard truth. There was a hockey player that finally made it to the NHL. He put in his time in the Juniors and the leagues below and finally made the big time and was called up to the Montreal Canadians. After consideration he turned it down. He said the NHL life was not what he wanted. When he was faced with the truth of his pursuit, he decided it was not what he wanted. Wow! It shocked a lot of people, but he had some serious soul-searching to do. Those people who were following Jesus like that had no voice when the rubber hit the road. When the time came to make a decision, they too yelled, “Crucify!” They had the right words, but no power – they were hollow. To make a piñata you make a frame out of a balloon covered in paper and flour and water. When everything is dry and hard, you pop the balloon and you have a hollow shell that looks good on the outside, but empty on the inside. When the crunch comes, there is no strength, and the piñata gives in. Make that commitment that gives you a foundation in life.

Each of Jesus’ disciples abandoned him at one point. They struggled with choices when the rubber hit the road. Maybe they struggled with some of these issues, but they somehow found the ability to stay connected with one another, and with God. They found that deep down they had to understand and so they waited upon God, upon Jesus. Not only did God meet them where they were at, Jesus specifically met some of them to restore them. After Peter denied Jesus 3 times, Jesus asked Him 3 times to continue on.

Easter is about restoration. There is the restoration of Peter, of the church; of you and I in Jesus Christ. The simple Gospel is that Jesus died on our behalf. He died while we were yet sinners, while we were far from Him. He is in that process of bringing us near Him so we may see Him for who He is. In 6 days Jesus went from Triumphal Entry to hanging on a cross. What will you do with Him in the days you have this week? What words will come from your mouth when someone asks if you are a Christian? Spend some time with Him and reaffirm your choice to take up your cross and follow Him.