The Prophecies of Christmas – Emmanuel 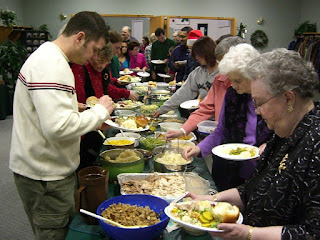 Isaiah 7:10-16 “Then the LORD spoke again to Ahaz, saying, “Ask a sign for yourself from the LORD your God; make it deep as Sheol or high as heaven.”
But Ahaz said, “I will not ask, nor will I test the LORD!”
Then he said, “Listen now, O house of David! Is it too slight a thing for you to try the patience of men, that you will try the patience of my God as well? Therefore the Lord Himself will give you a sign: Behold, a virgin will be with child and bear a son, and she will call His name Immanuel. He will eat curds and honey at the time He knows enough to refuse evil and choose good. For before the boy will know enough to refuse evil and choose good, the land whose two kings you dread will be forsaken.”

Matthew 1:18-25 “Now the birth of Jesus Christ was as follows: when His mother Mary had been betrothed to Joseph, before they came together she was found to be with child by the Holy Spirit. And Joseph her husband, being a righteous man and not wanting to disgrace her, planned to send her away secretly.
But when he had considered this, behold, an angel of the Lord appeared to him in a dream, saying, “Joseph, son of David, do not be afraid to take Mary as your wife; for the Child who has been conceived in her is of the Holy Spirit. She will bear a Son; and you shall call His name Jesus, for He will save His people from their sins.
Now all this took place to fulfill what was spoken by the Lord through the prophet: “BEHOLD, THE VIRGIN SHALL BE WITH CHILD AND SHALL BEAR A SON, AND THEY SHALL CALL HIS NAME IMMANUEL,” which translated means, “GOD WITH US.”
And Joseph awoke from his sleep and did as the angel of the Lord commanded him, and took Mary as his wife, but kept her a virgin until she gave birth to a Son; and he called His name Jesus.”

The History Lesson:
Isaiah was born into an influential, upper class family. In his 60 years (from 740-680 BC) he rubbed shoulders with royalty and gave advice against foreign alliances, encouraging Judah to trust the Lord. He also says much about the redemptive work of the Messiah and says more about the person and work of Christ than any other book of the Old Testament. He attacked the social ills of the day as he say saw those abuses as symptoms of spiritual declension. Most of his life was lived in Jerusalem and tradition says he was martyred during the reign of Manasseh. He saw the northern kingdom carried off into captivity by the Assyrians in 722 BC.

Ahaz was king in Judah. The northern kingdom (Ephraim) and Syria (Aram) were rebelling against their overlord, Assyria. They were attempting to force Judah into their alliance, even if it meant disposing Ahaz and substituting a puppet king in his place. What was Ahaz to do? Isaiah was given a word from the Lord that Ahaz should just trust in the Lord and all would be well. Ahaz was inclined to trust in Assyria – again, an outside nation, rather than God. He said the right words, but God knew his heart; so when Ahaz wouldn’t ask for a sign, God gave him one. And the sign was this – “Behold, a virgin will be with child and bear a son, and she will call His name Immanuel.” This prophecy referred to a young woman who was unmarried at the time, and within 12 years the people against Ahaz were indeed forsaken and taken over by Assyria.

How it was Applied:
That may have been the end of those words, but it wasn’t. Another person echoed those words, and said that passage from Isaiah was Messianic; that the Anointed One was foretold to have been born of a virgin, and that His name would be Emmanuel, or God With Us. In his book Matthew gives us the “Jewish” slant of the life of Jesus. He wrote this Gospel to Jews to answer their questions about Jesus of Nazareth who claimed to be their Messiah. So in Matthew 1:22-23 we find this: “Now all this took place to fulfill what was spoken by the Lord through the prophet: “BEHOLD, THE VIRGIN SHALL BE WITH CHILD AND SHALL BEAR A SON, AND THEY SHALL CALL HIS NAME IMMANUEL,” which translated means, “GOD WITH US.”

An old segment of the church get really caught up in the wrong part of this prophecy. They get stuck on the virgin birth, and begin to postulate that must mean something else for Mary and how she was born. They raise Mary to a place between us and God, when this verse really emphasizes God with us and that the Mediator has come – His name is Jesus for He shall save the people from their sins. The wonder of Jesus is not really how He was born, but that He was born. A little baby, in the middle of an oppressed, tiny country, in a manger because there was no room in the inn; yet it was God incarnate. John 1 says that He was in the world and that He came to His own. Would we have done any better? The Jews were caught up in the Law, in tradition, in their synagogues. How they did things were so important, because God had given them the Law. What they couldn’t understand was how a man could fulfill the Law, and in its fulfilling the Law was replaced with a New Covenant. They didn’t get the “God with us” part. We look back and see how plain and simple the Gospel is, that Jesus did what no man could, and in doing that left us the promise that “as many as received Him, to them He gave the right to become children of God, even to those who believe in His name”. The Word became flesh and dwelt among us.

And God is still among us. Revelation 3 says that He stands at the door of our heart and knocks, and if we open up to Him He will come in. God is with us…today; but is He in your heart? People in Israel of long ago were staying in an inn, snoring through the night without realizing what was happening in the shed out back. People passed Mary and Joseph as they made their way down to Egypt. They would travel through Nazareth, perhaps even picking up a yoke from Joseph the carpenter without realizing that one of the kids running around the place was the Son of God. They never noticed nor gave it another thought that they were in the presence of deity. People are out in this city shopping till they drop, planning Grey Cup parties, working and doing the stuff of life – all passing by the One who can answer their deepest longings and questions. They put it off because they are so busy, too important, they don’t feel the urgency of the hour. They missed the very presence of the Creator of the Ends of the Earth in their midst. So we go out, just as the disciples did, and tell people about what we have seen and experienced: indeed, the Son of God is with us. Don’t miss His presence in your life because you are too busy or too upset with Him. Understand that God can be in your life in all that you do.

Applying it Today:
Our culture has materialized so much of life. We have to find that balance between living in this world as salt and light and living an incarnational faith. Christians have always looked at the world and seen the Gospel wherever they find themselves. They early church used a fish, as in the Greek the acrostic Jesus, Christ, God’s  Son, Savior spelled “FISH” (Icthus). We have crosses on or inside our buildings. What if we came to North America today and it was totally secular? How would we talk about the Gospel? This holiday season let us remember that God is with us.

When you see the lights, think of the stars in the night sky and how the Wisemen followed one star to Jesus. On top of the tree we often see an angel, not unlike one who came with the proclamation of the Good News and of peace toward men to the shepherds. When you see the gifts decorated with colourful paper and bows and ribbons, be reminded of the greatest gift, that God came among us and gave His life so that we would have relationship with Him restored anew. When you see the candy cane be reminded of the purity of the lamb dying on the cross, His blood shed so that like a Shepherd He could rescue His beloved sheep.

Let the dark nights remind us of what we were saved from, that God pulled us out of darkness, of being slaves to sin, and set us free. You see that jolly old Santa, a marketing icon given its final form by the Coca Cola company, know that Jesus died for him as much as the next person. When you see the colourful decorations, think of that celebration when we shall see Jesus face to face.

I am not saying that we “spiritualize” everything. I am saying we need to relate our faith to the culture today, because God is with us today. His presence is more than history, it is beyond history. His presence is more than building and hymns and choruses. It is more than stuff, it is beyond stuff. Live your life in the truth that God is with you, in your life, right now, and throughout your week. Open your life and your mind to that understanding, that truth. Surrender to Him and let Him do a miracle this holiday season in and through you.